Today: 1025 Jobs
Comments Off on Modern Job Search Trend – A Guide for Graduates! 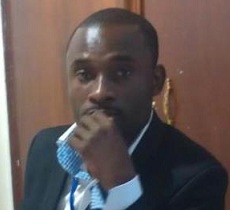 If you haven’t searched for a job recently, you should be ready for the shock of your life the next time to do. Job search in recent times has changed tremendously, as ICT and the economy have both changed the face of how employers operate and what job seekers can expect…..

Here are seven ways the job search is different today from just a decade ago.

1. Online applications now require information you could previously avoid giving out.
Back in the days when you were applying by mail, your job search included only the information you wanted to include in your resume and cover letter. But these days, online applications often won’t let you apply if you don’t divulge your salary history, references’ contact info (before you’ve even had an interview), or even your Social Security number. This change is bad for job seekers, who must tolerate invasions of privacy to simply submit an application.

2. Competition for jobs is greater.
The reason for this is twofold: First, the economy means that there are more people searching for jobs than there are job openings. Second, the ease of applying for jobs online means that employers are flooded with hundreds of applications for every opening they post. For the job seeker, that means that where in the past you might have been up against a few dozen other candidates, today you’re usually competing against several hundred.

3. Social networking has created new paths for finding connections to jobs.
The advent of sites like LinkedIn has made it easier to see in a matter of minutes who in your network is connected to a company that you might like to apply to. In past years, you might never have found out that your sister-in-law’s neighbor used to work for your dream employer. Today, the Internet makes that easy.

4. Employers are a lot pickier about whom they hire.
Because employers have so many qualified candidates to choose from, simply meeting the job qualifications isn’t nearly enough these days. That also means that it’s much harder for less perfectly qualified candidates to stretch up to a job that in previous years they might have been able to get more easily.

5. It’s harder to change fields.
No matter how transferable you believe your skills might be, the reality is that employers have plenty of well-trained candidates who meet all the job’s qualifications and already have worked in the field. That means that even though you might feel that you could excel at the job if just given the chance, employers don’t have much of an incentive to take a chance on you.

6. More candidates are taking internships even after they’ve graduated from college.
If you’re used to thinking of internships as primarily for college students, think again. These days, more people are interning post-graduation, simply to get some work-paying or not. While many internships are only open to current students, increasingly companies are taking on post-grads as well.

7. Salaries are often lower.
If you understand the laws of supply and demand, it’s no surprise that a flooded job market means that candidates command less money than they used to. Because employers have no shortage of applicants willing to work for less, the market value of many jobs has decreased. It’s not unusual for job seekers today to find that their new jobs pay less than the ones they left behind.

If you don’t sell yourself, No one will buy you….